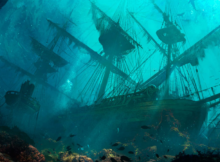 5th Avengers
by Tucker Geth, Lauris and Balyx decide to fight the ghost. Jarry and Caela remain on the deck. Heading into the caves, we notice that they are undisturbed.
Read More

5th Avengers
By Tucker Back at Trollskull Manor, the party found themselves inside with four armed guards on the street. The constables left after conducting their interviews, and Culdock and
Read More